As I type this most of America is still asleep, but it is late morning / early afternoon in England. Throughout my time here, I've utilized the early afternoons to vocalize, sing through repertoire and, among other things, listen to 4:30am live-streaming news from either New York or New Orleans on my iPad :-) I feel so productive when I accomplish so much before I would have even woken up back home! Consequently, it feels weird going to bed when America is just about to cook dinner.

Thank goodness for technology! I can chat with my parents and stay connected with life back in the U.S. Last week, I even had a Facetime VOICE LESSON! That is, I propped my iPad on a table, sang and my teacher listened from her home in NYC. It was actually pretty successful -- now, I just need to give a voice lesson to a student via the internet and I'll be all set. Added to the list of things one needs to survive: a strong wifi signal and some kind of smart device with a camera...and a piano app!

Oddly enough, I didn't have ANY of those things back when I first began my travels as a singer. In 2002, I traveled to Rimini, Italy for a language and singing program for 5 weeks. I used a calling card (what??) and a pay phone (huh??) to call home. I spent money at an internet cafe to check email every couple of weeks (not every couple of minutes!) and there was no Netflix or live-streaming of anything on my non-existing tablet.

Ten years ago, I did my first opera apprenticeship with Central City Opera. Tucked away in the Rocky Mountains, there was practically no cell service for my flip phone :-) There was one spot where you could find a signal, but we were busy nearly all day every day and I wasn't about to go stand alone on a rock at night and casually chat with my mother when my call could have been interupted by a bear!

During the summers of 2006 and 2007, I had the awesome opportunity to be in the Santa Fe OperaApprentice Program for Singers. I sang a couple of comprimario roles and in the chorus of each opera, plus I understudied principal roles. The program was an incredible opportunity for me during the early stages of my career. Programs such as this are extremely competitive and are great opportunities to make life-long personal and professional connections. Side note: Also, a 2006 Apprentice -- Chef Paul. We didn't become friendly until 2 years later. You just never know, people!

Prior to the performance, many of the opera-goers begin the evening in the parking lot (outdoors) and picnicbefore the show, also known as opera tailgating! It attracts all types -- from tables set with linens, china and a candelabra to folks sitting on the back of a truck with a bucket of KFC and everything in between. When a certain voice teacher from New Orleans came for a visit to see some of the productions, I joined her for tailgating before I had to be backstage for my costume and make-up call. We were quite sophisticated with pre-made salads from Whole Foods!

Last week, we attended an open dress rehearsal at Glyndebourne and learned that they, too, partake of a tailgating "of sorts". At Glyndebourne, the performance start time is coordinated with the length of the opera and the final train departure from Lewes to London on that particular evening. Instead of a traditional intermission of 15-30 minutes in between Acts they take a 90 minute dinner break during the interval. At this time, anyone who has not opted to dine at one of the lovely restaurants on the opera grounds literaly dines (in tuxedoes and formal gowns) picnic style on the lawn! 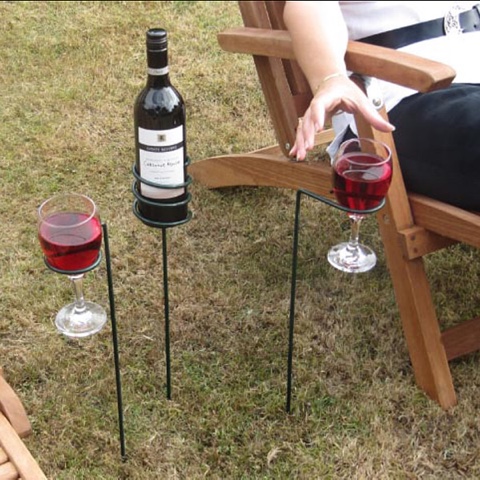 Since it was a dress rehearsal, we didn't have to wear formal attire. Hopefully, I'll make it to actual performance in the next few weeks as I look forward to having another picnic.

I mean, hearing another OPERA!