Time sure flies when you're busy and having fun! I whole-heartedly agree because this year has been one adventure after another. We rang in the new year in NYC singing and living it up before I went to Santa Barbara for a month for The Elixir of Love. I came back to NYC briefly before going down south to sing in Mobile, Alabama for Gianni Schicchiand then a week in my hometown of New Orleans for the French Quarter Festival to sing the Soprano Solo in a concert featuring Haydn's Lord Nelson Massat the Saint Louis Cathedral. 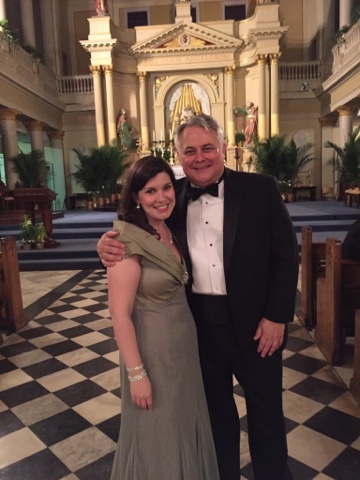 **With Dreux Montegut, my beloved teacher and friend and also the Conductor for the concert!
In April I was finally back to NYC for a few weeks, just in time to pack up again for "Part One: Chapters I, II and III" of our traveling for the summer.
Our first stop was a few weeks in Chicago visiting family, friends and furry pals. Chef Paul doesn't get any time off during the Metropolitan Opera season so as soon as his last assignment was finished, we hit the road! It's all about family and food, right? We made sure to eat some deep-dish Chicago pizza from Lou Malnati's, a Chicago-style hot dog from Big Sammy's and lots of home-cooked Filipino cuisine at the best restaurant in town, the original Iron Chef Stadium, my mother in law's kitchen.
From there we attended a friend's wedding in Savannah, Georgia. Since neither of us had ever been there we decided to take an extra day just for ourselves and celebrate our 3rd wedding anniversary, Southern-style. We ate at Paula Dean's restaurant--The Lady and Sons(YUuuuuM) and at the historic Olde Pink House(WOW) and got cocktails in a "go cup" (this New Orleans girl felt right at home) while walking around in the hot sun. It was our Savannah-versary, Y'ALL! 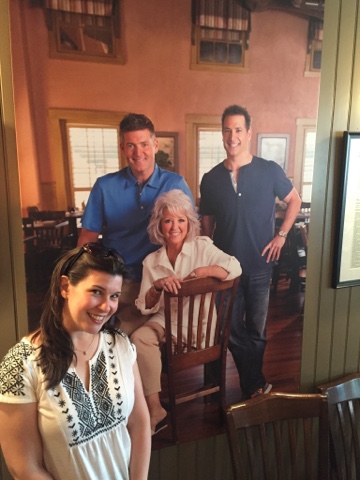 The third part of our summer tour was to visit my family in New Orleans. We kicked off our visit attending what can only be described as THE best crawfish boil I've ever been to at my Godparents's house. Their son, Matt, boiled 75 pounds of crawfish along with corn on the cob, mushrooms, brussel sprouts, garlic, potatoes, onions and hot dogs...and that was just the outdoor food! When the first batch was ready we peeled, we ate, we drank, we sweat, we laughed and then we did it all again when the next batch was ready. 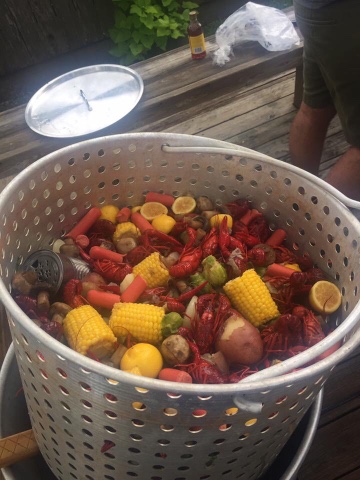 There is just so much food you can only really enjoy in New Orleans, so we made sure to have cafe au lait and beignets at Cafe du Monde, po boys and red beans and rice from Parran's(our favorite), a meal at Byblos's with the Italian cousins, brunch at The Court of Two Sisters and, of course, a snowball. We also had a special Chinese feast at Trey YuenCuisinecooked by Chef Frank Wong himself. He is a family friend and he cooked a special meal for us and our families after our wedding three years ago.
After a week (OY, 5 weeks) of one great meal after another, we squeezed ourselves back on the plane to come back to NYC for a couple weeks. This short trip home has been mostly just about re-grouping for Part Two of the summer: going to England! CP will be done with summer vacay in just a few days and goes back to work at the Glyndebourne Opera -- the same city where we spent last summer. Now that this is his third time working there this is a very familiar place for us. After Chicago, Savannah, New Orleans and New York....talk about a change of scenery!
Even when I'm off contract there's always music to learn, practicing, voice lessons to teach and work to be done. We did have one thing on our agenda for NYC: we signed up to be in the audience of ABC's The Chew. We are fans of the show and I really enjoy observing the behind the scenes of television.
As luck would have it, I randomly got chosen to sit at the VIP "tasting table" which made my experience unbelievably memorable! I got to meet Chef Mario Batali, Daphne Oz and Carla Hall (I squeezed her hand and told her how much I've enjoyed watching her since her seasons on Top Chef). I love getting to meet people who I admire so much! 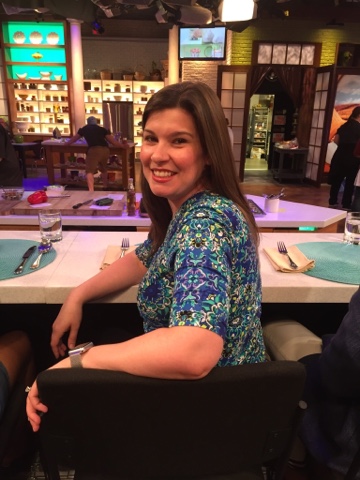 I wasn't planning to be so close to the action, but I'm so glad I was ready for my close-up!